Has anyone on here done it?

I appreciate there will be details differences, but the base is largely the same.

Any hints, tips and pointers would be much appreciated.

Oh, I'm not taking it out for a laugh, but because of this 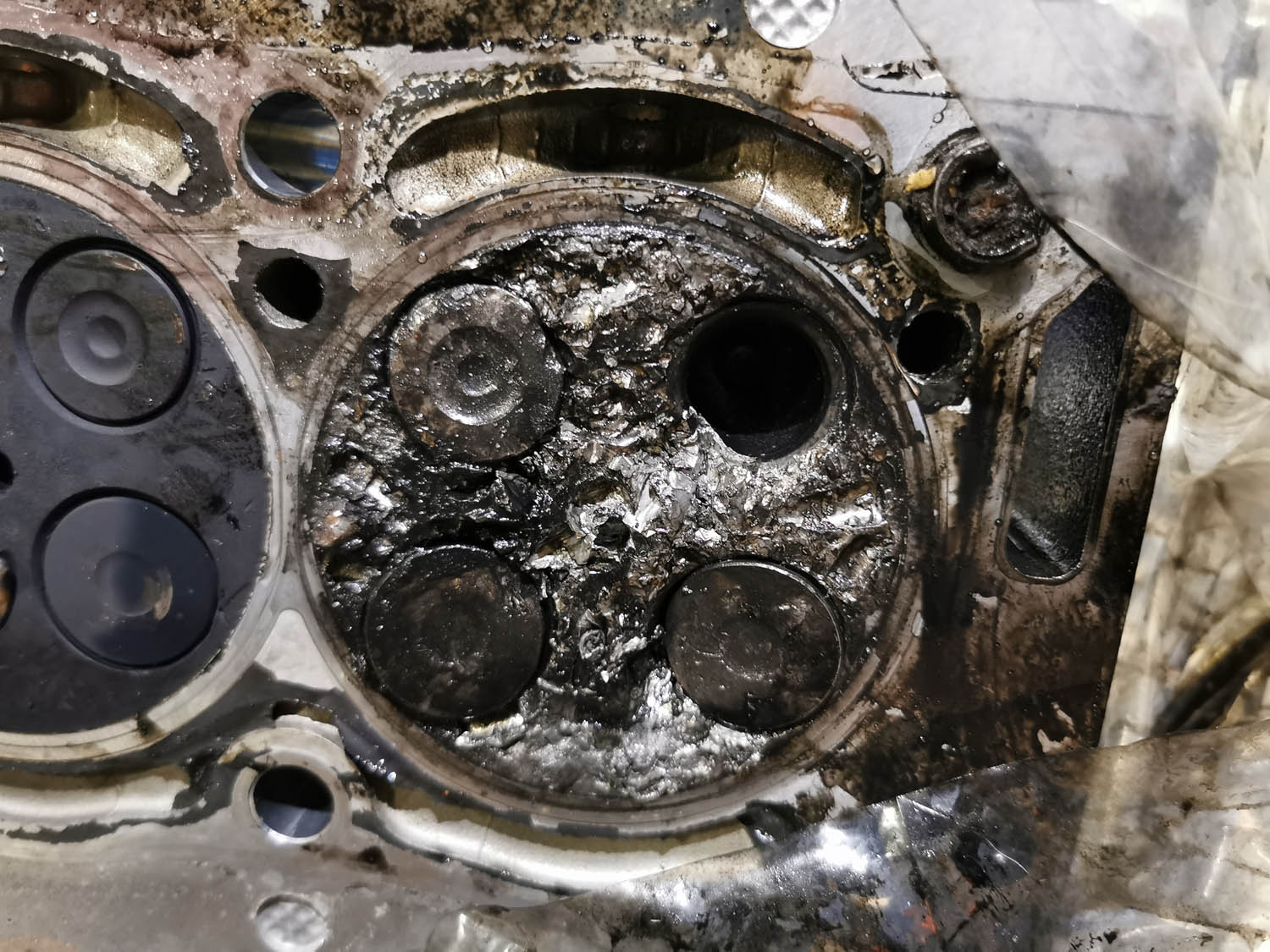 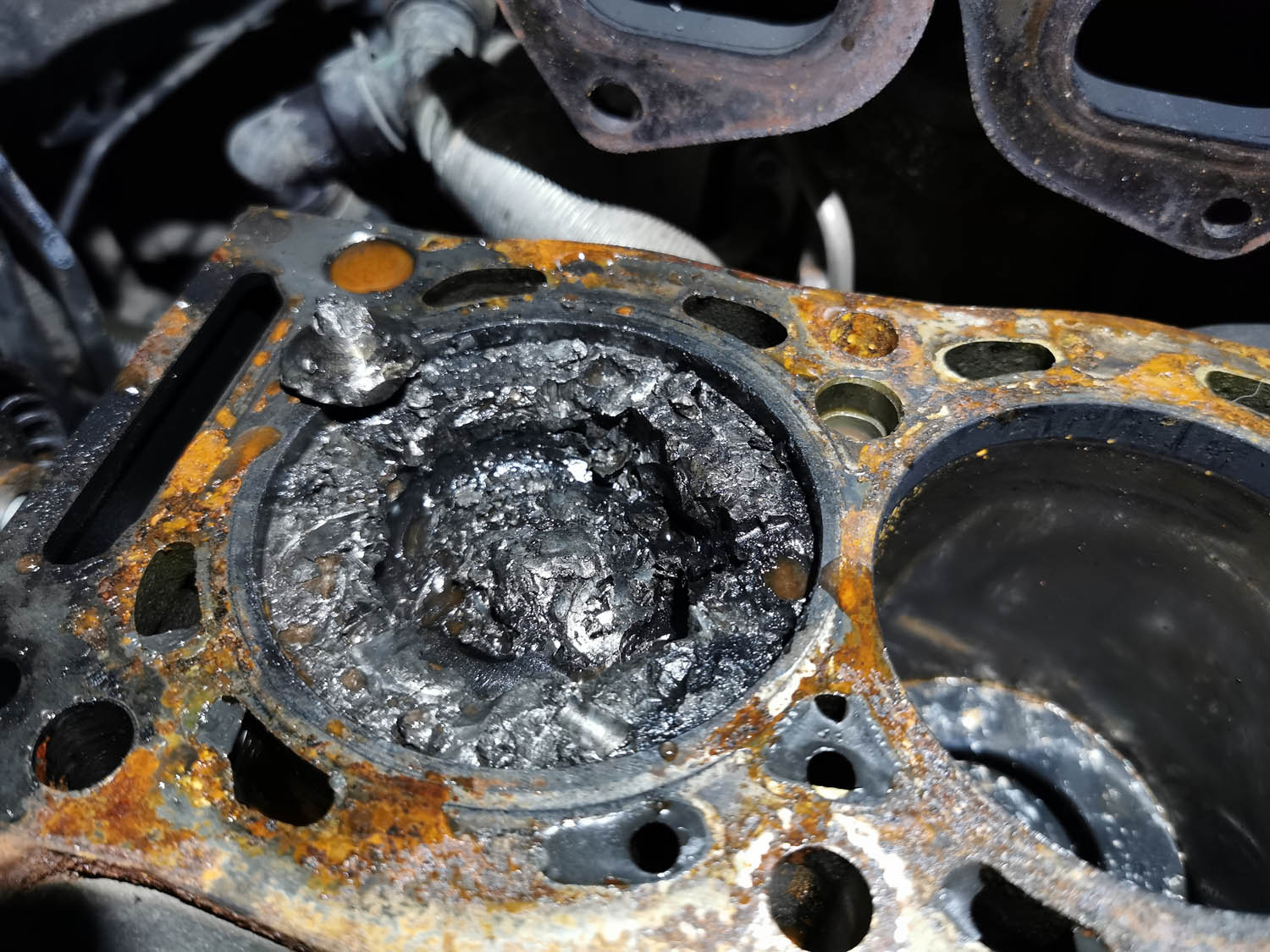 And yes I've done plenty of this before and yes, I know the replacement injectors will need coding in

It's now in the workshop, on the ramp 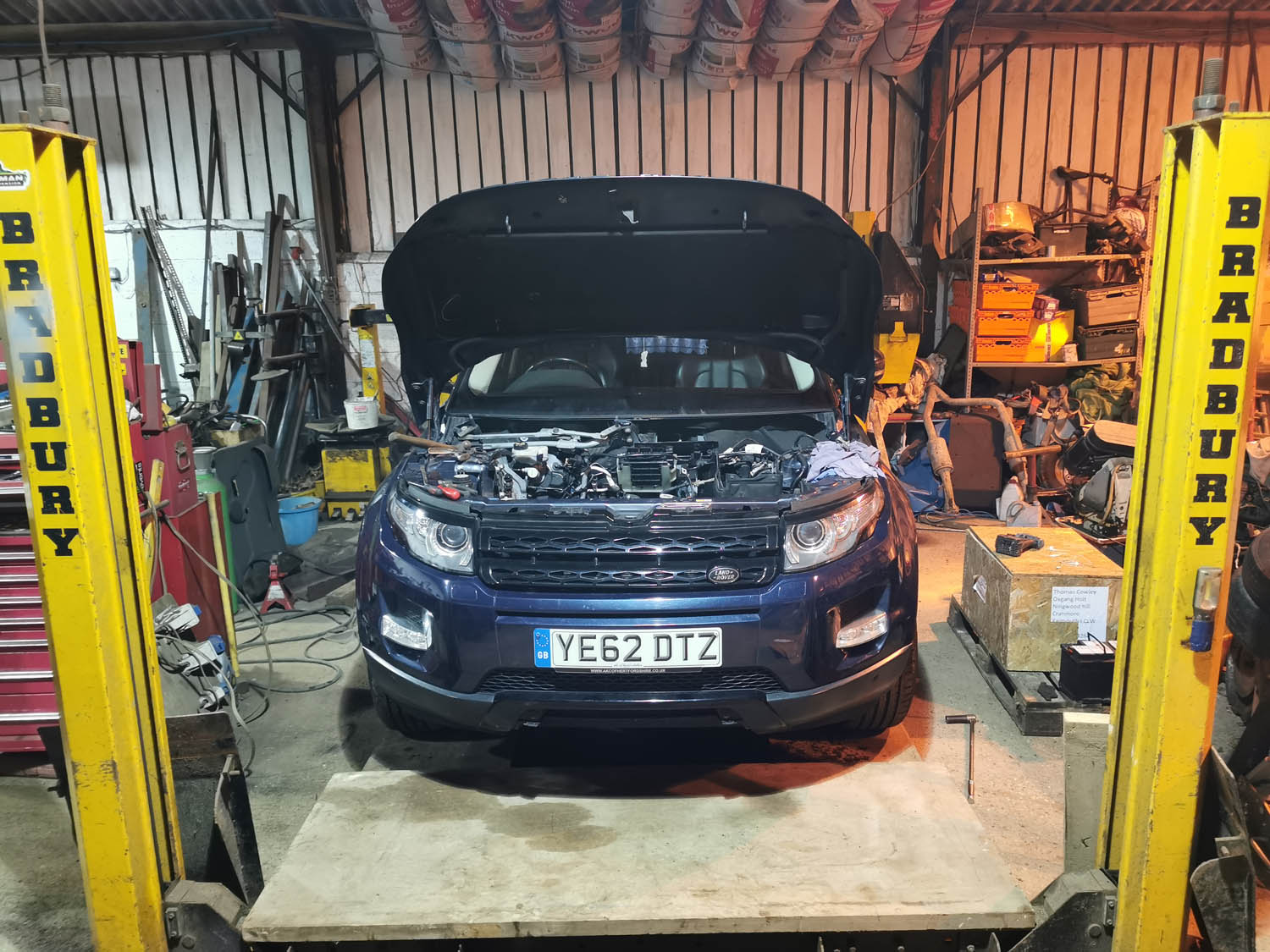 The engine and box will be coming out downwards, on the subframe. This means the driveshafts need to come out, which is identifying some age related issues.

Someone has bimetallic, 8 year old chickens coming home to roost 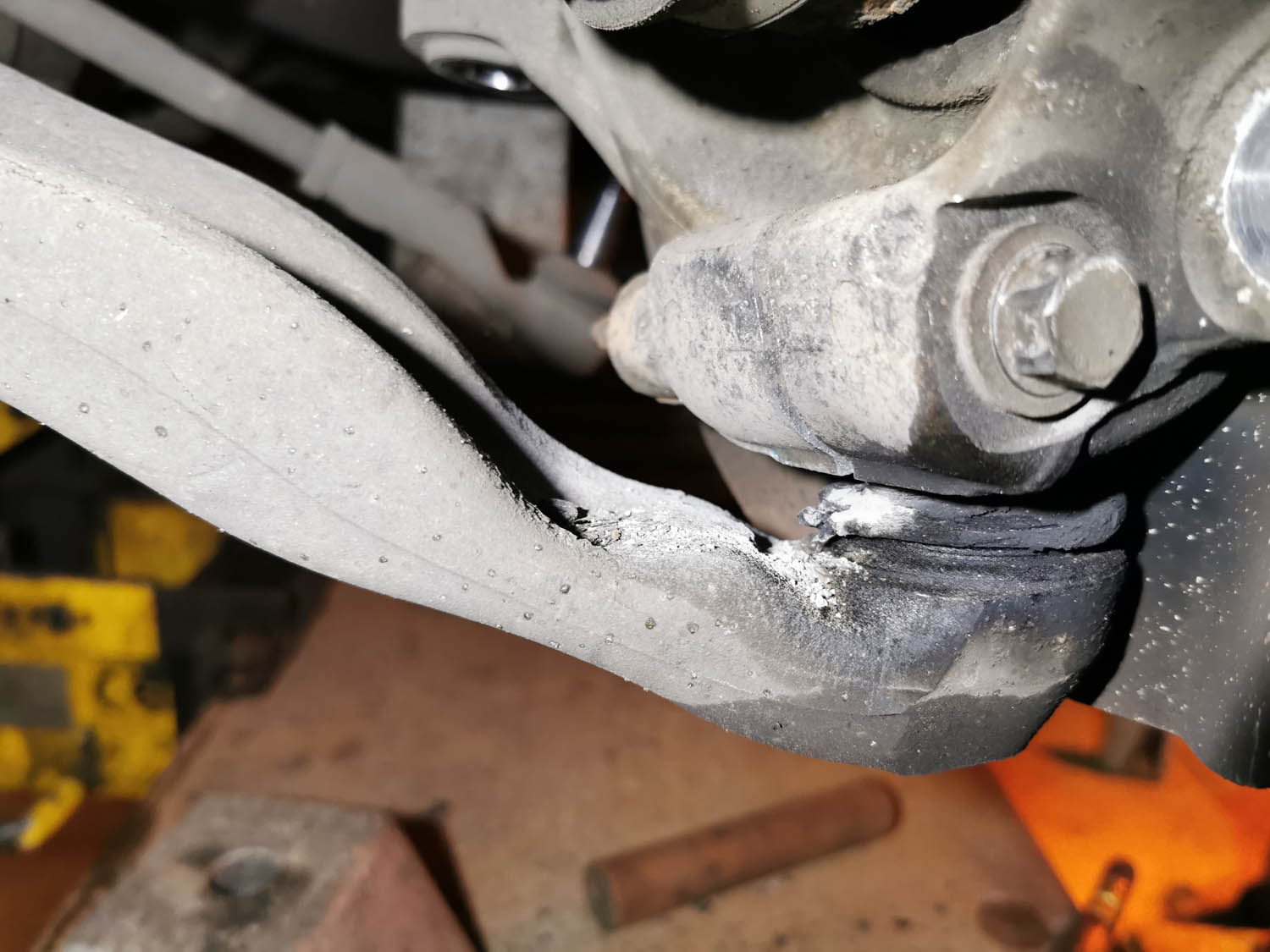 Would not budge with penetrating fluid and impact, so had to be gently warmed, hence the crispy balljoint cover.

According to JLR, the towing eye covers are held on with 1/4 turn fastenings.

These fastenings require many 1/4 turns to release them: 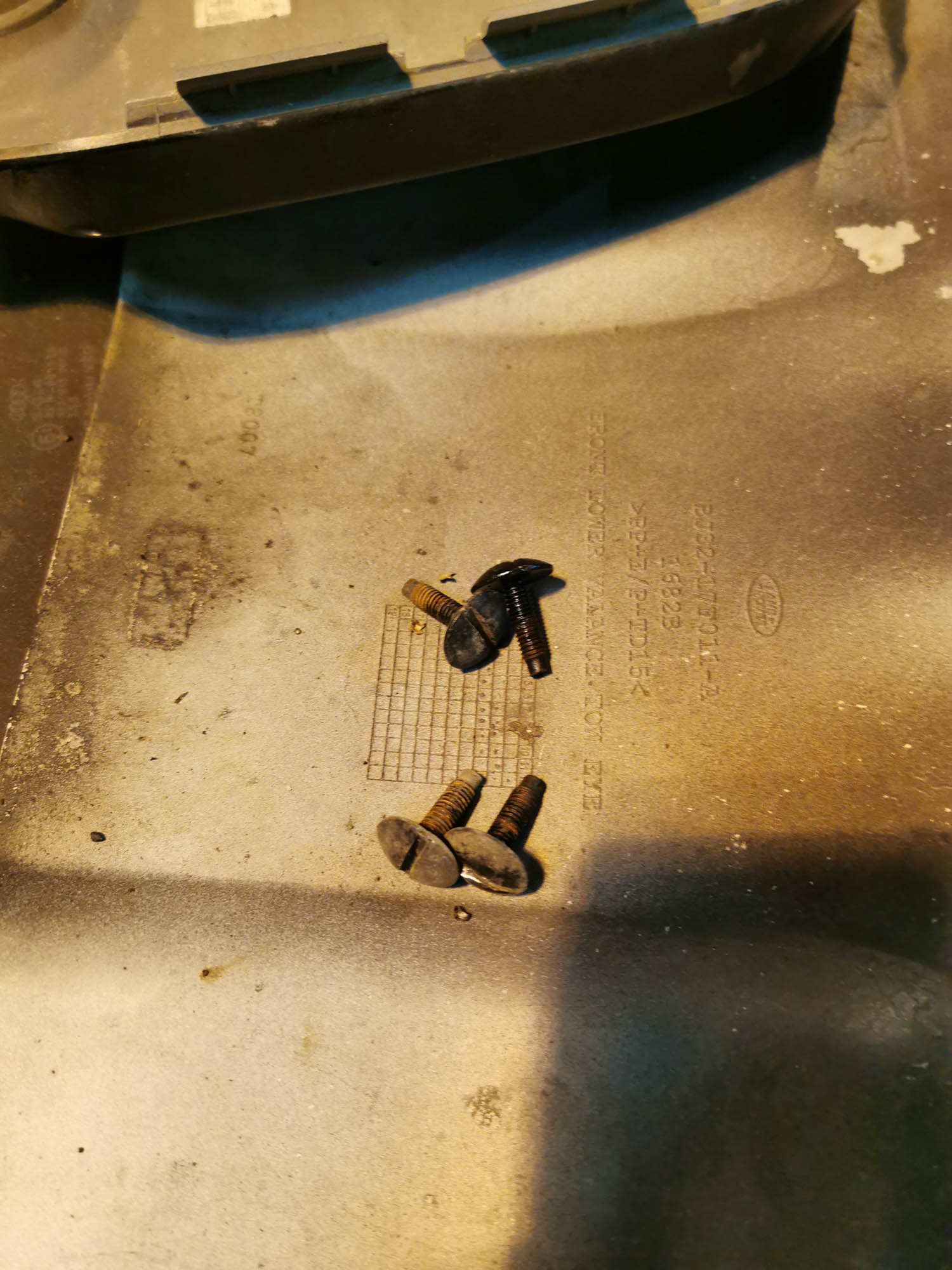 I am unimpressed with these hose clips, which I suspect need a specific tool to disengage the tang, which is holding this one open 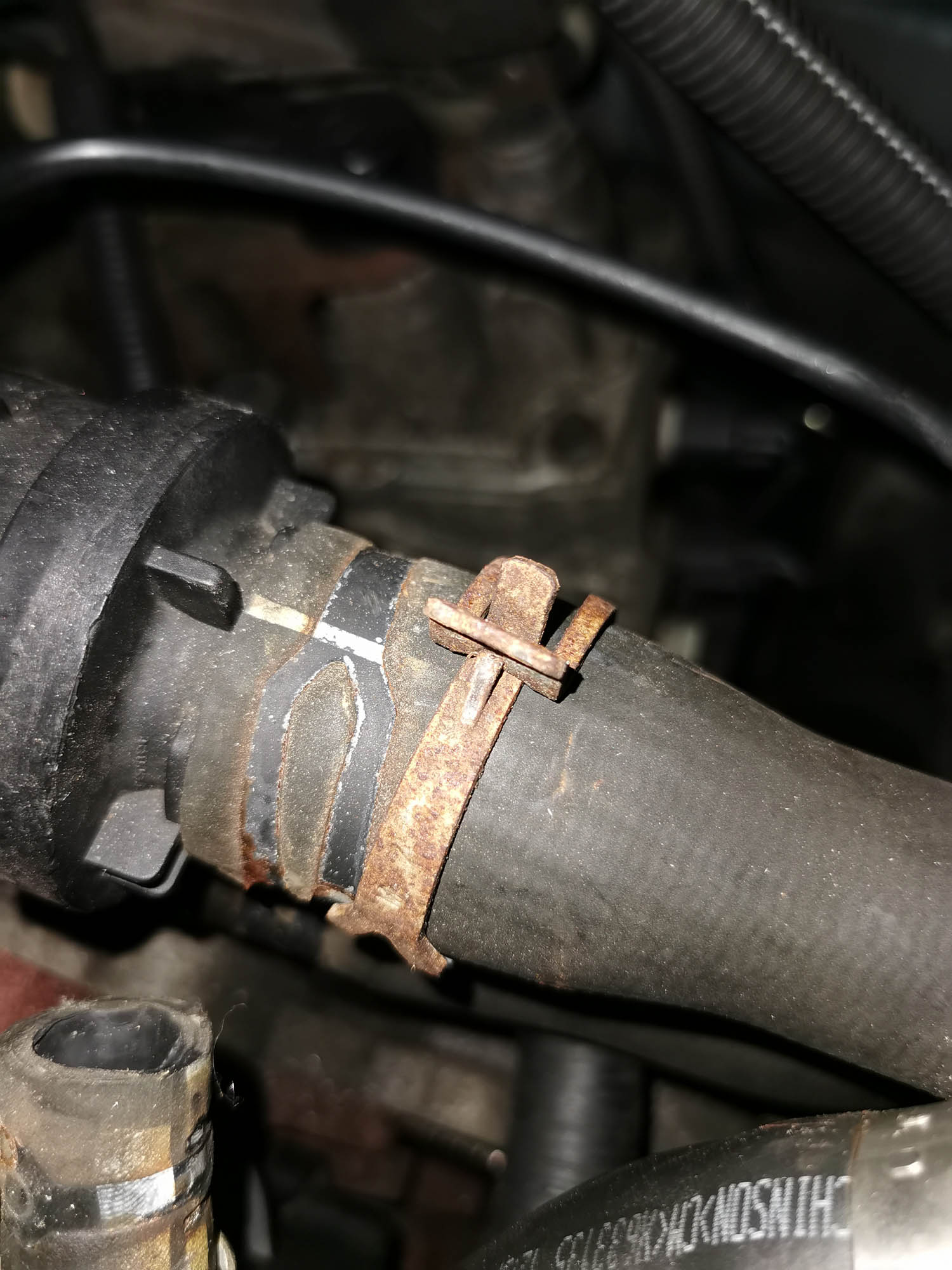 I was impressed with these gearshift cables, where the sleeve pulls away and releases them (It's a Transit cable end) 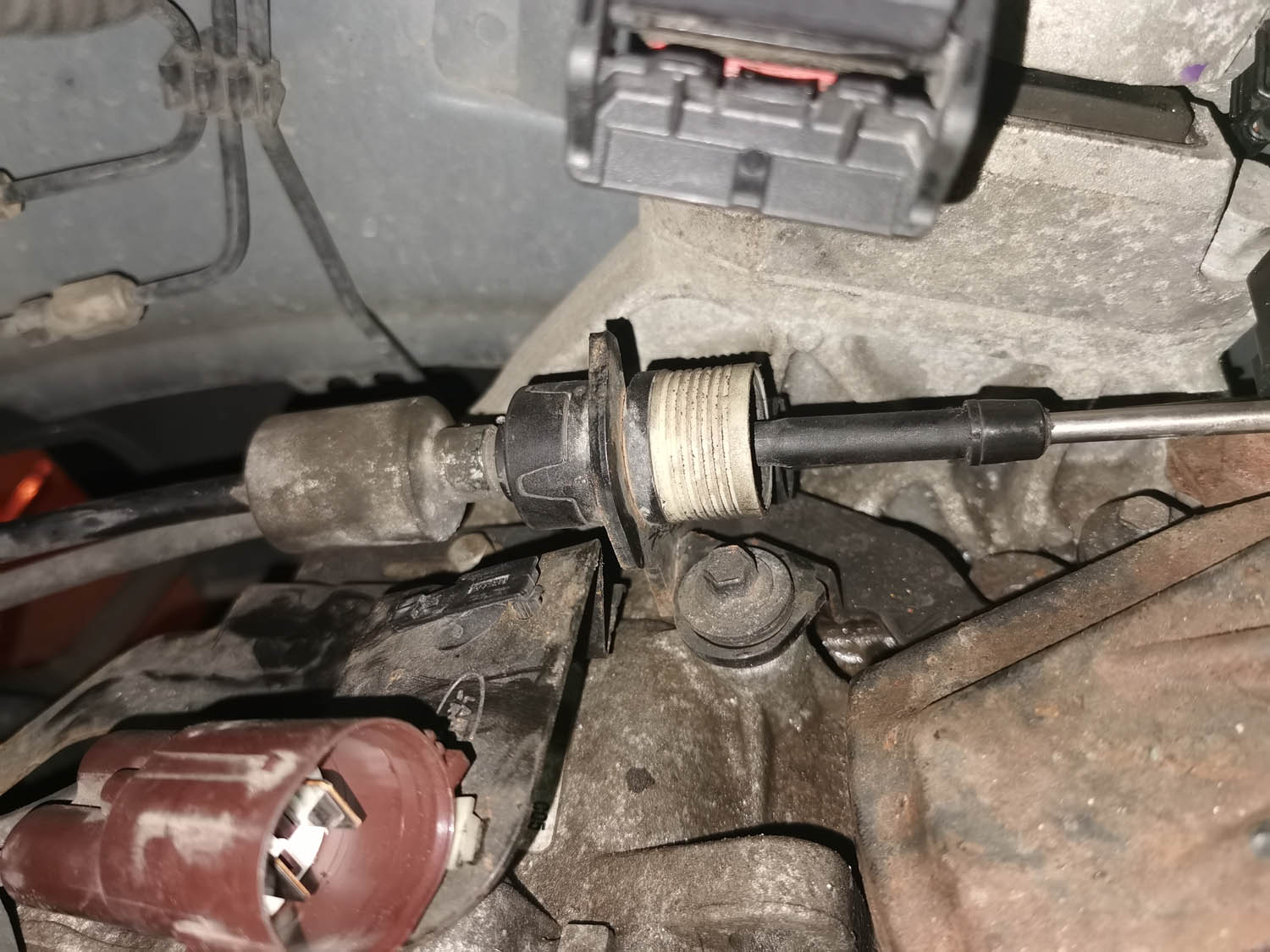 Tonight I return with my tine to attack the pin from the lower ball joint and lever it out of the arm.

I've also removed the wiring from the engine and gearbox and disconnected other things like the DPF pipework etc.

Then it's driveshafts out, unbolt the subframe and lower away.
Top

All with great headlights:

I've spent time with the workshop manual already. It's not that helpful, as it describes how things should happen, not how they will happen after eight years of road grime and salt.

Pallet-based roll-off on to the back of the truck, as normal, then into the workshop 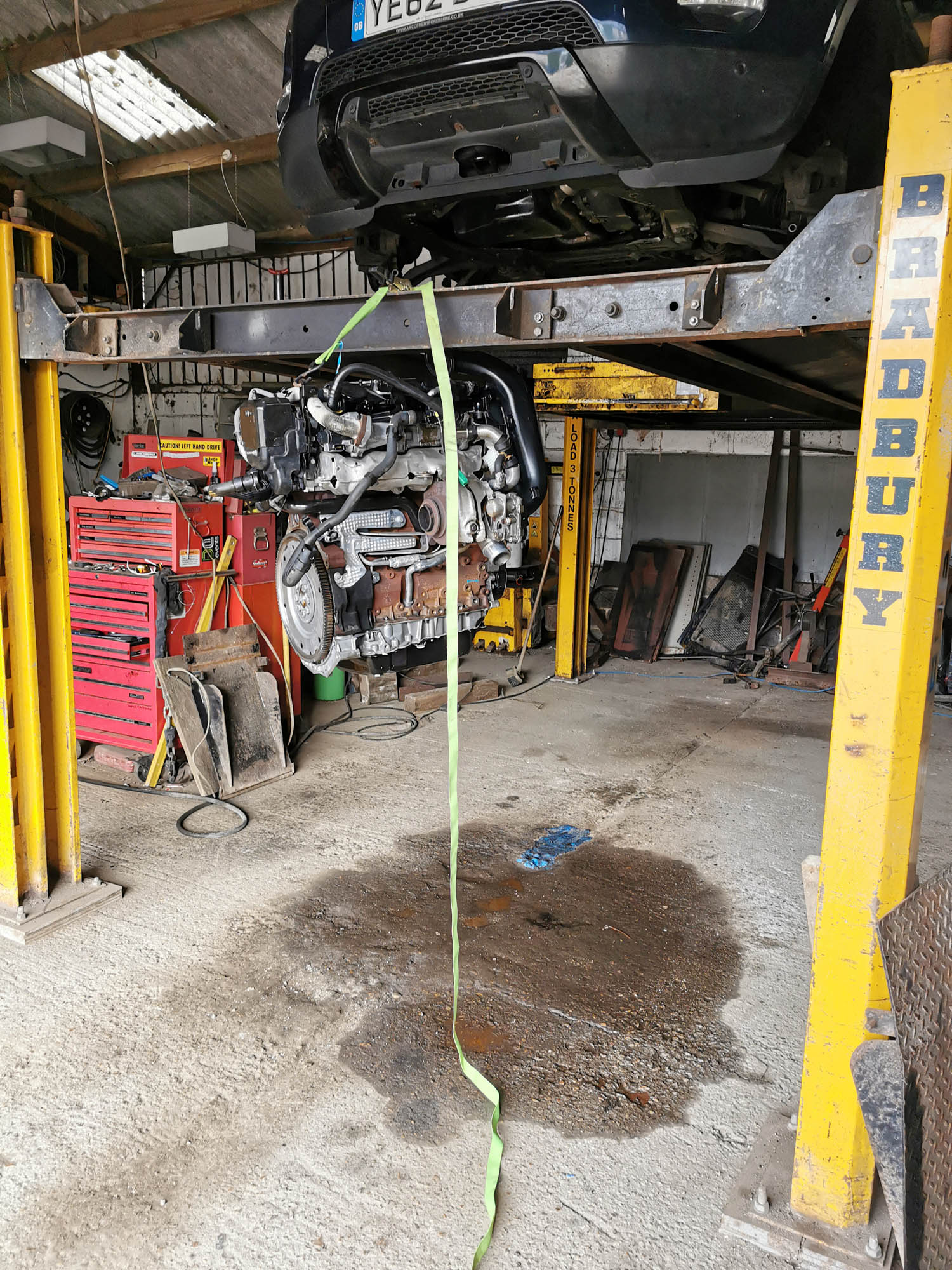 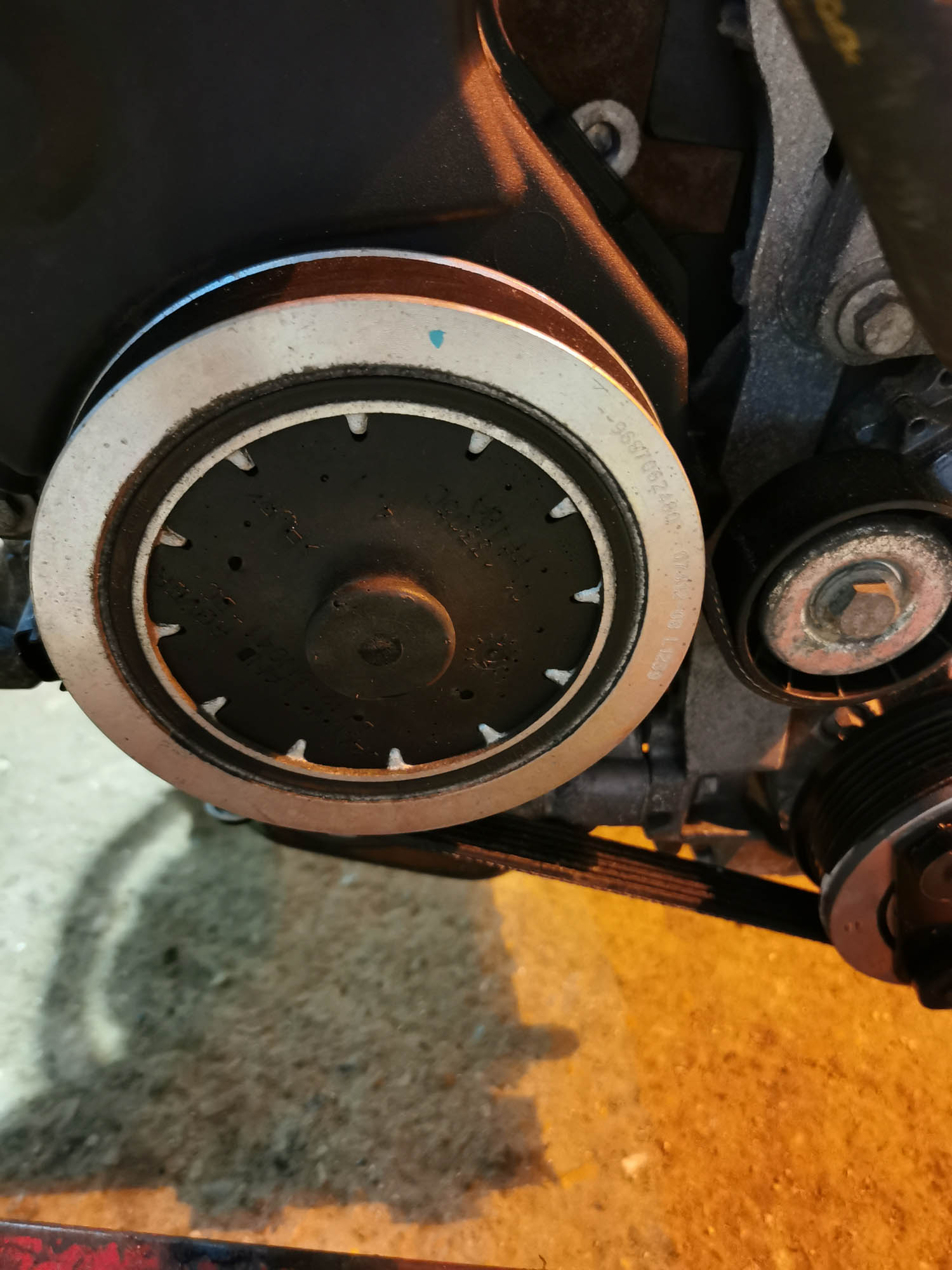 Unusual. Guess that says the cambelt hasn't been changed, ever.

The pins are resisting 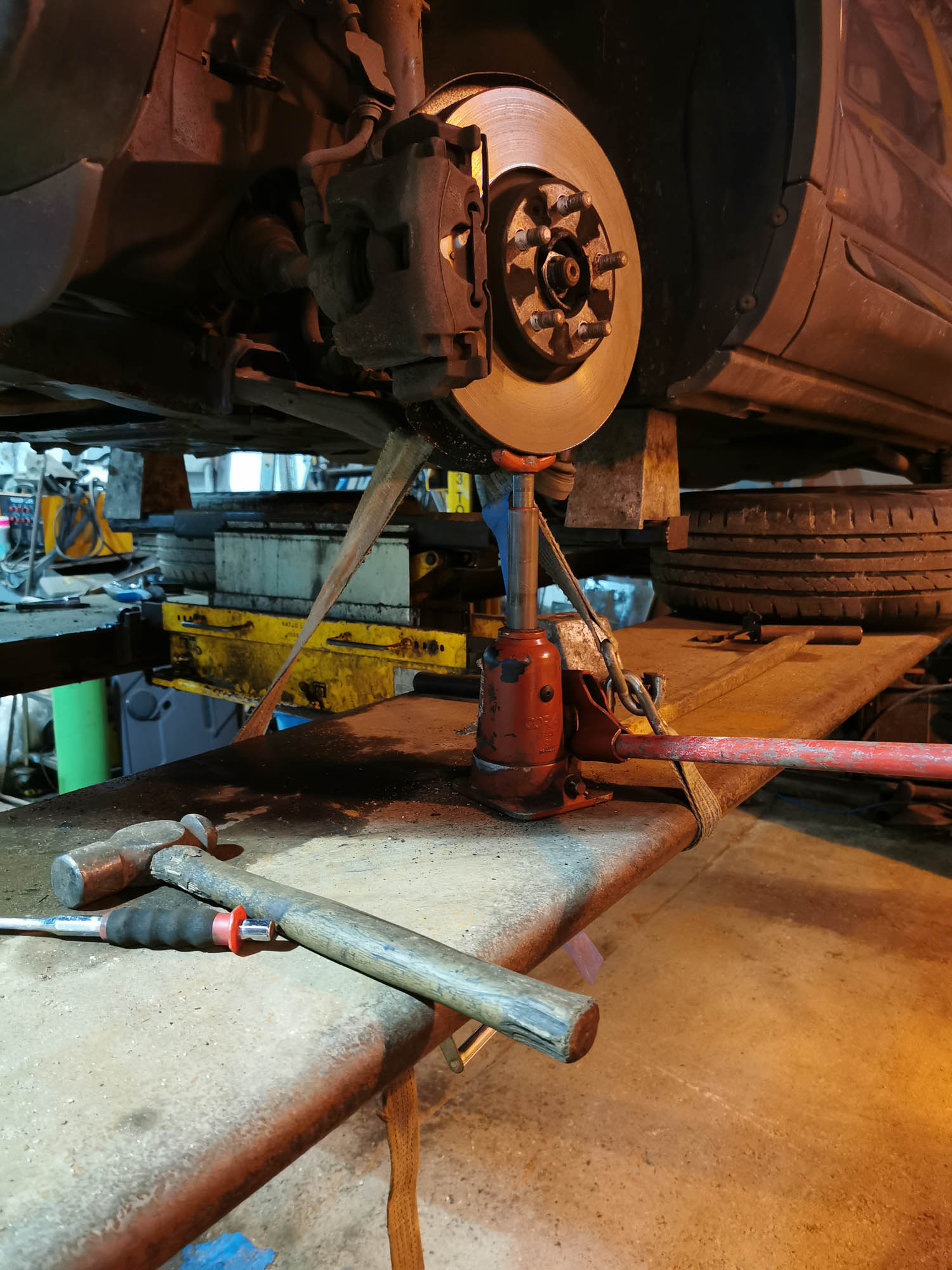 Yes, that's a 2t ratchet strap pulling down, against a 2t jack, pushing up. The Tine was then deployed, but the arm was just bending and nothing was actually moving.

I think part of this is because the balljoint is canted inward, for handling reasons, which means when you're pulling down, you actually need to be pulling down and out at the same time. 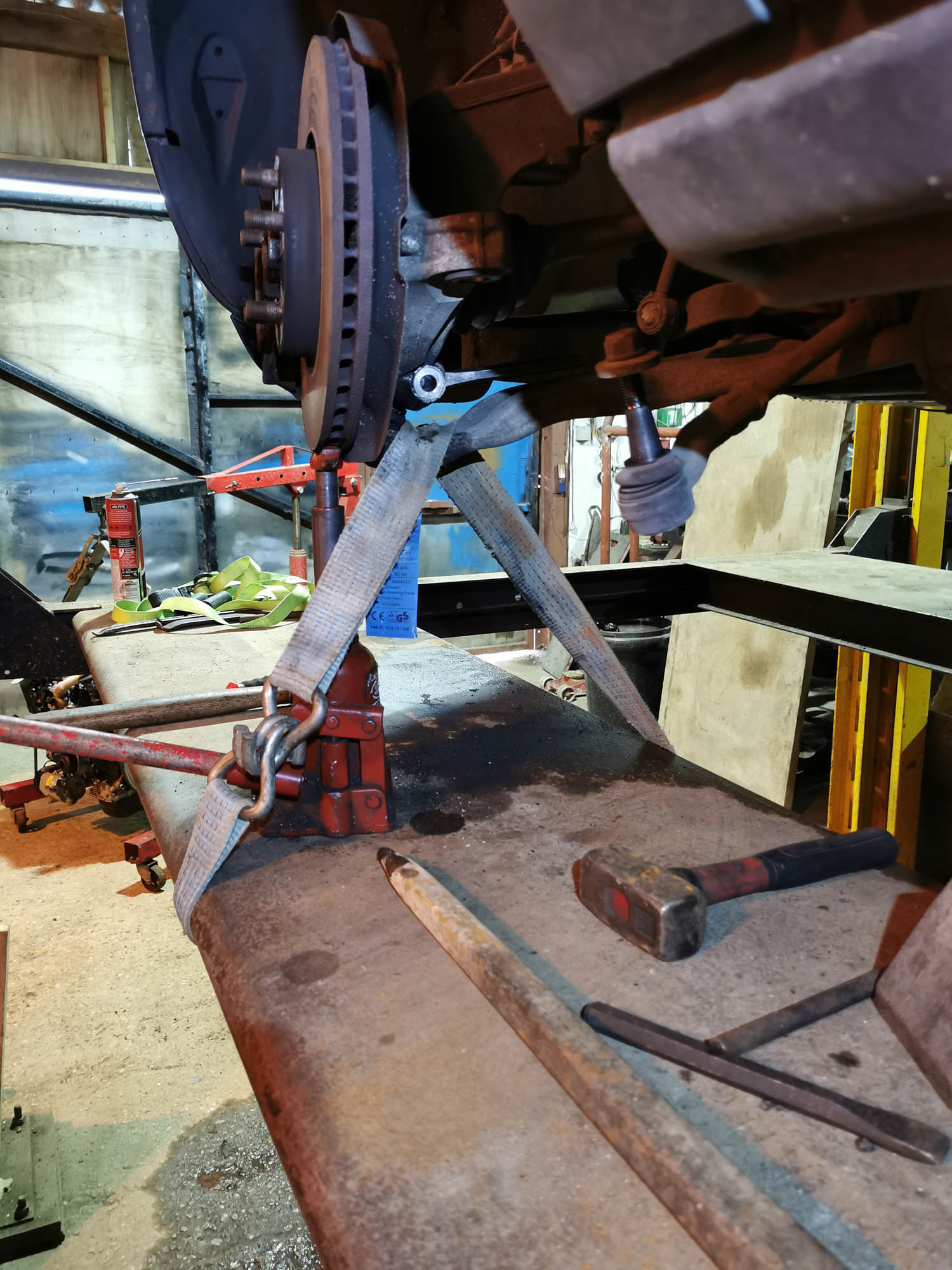 OK, so we're now committing to removing the control arms and the strut, but let's get the driveshafts out, so they're separate. The offside one shifted, after I removed the caliper, caliper carrier and disc (not going to try pushing the shaft in on the single fixing holding the disc on the hub, that would be foolish).

but the nearside one? 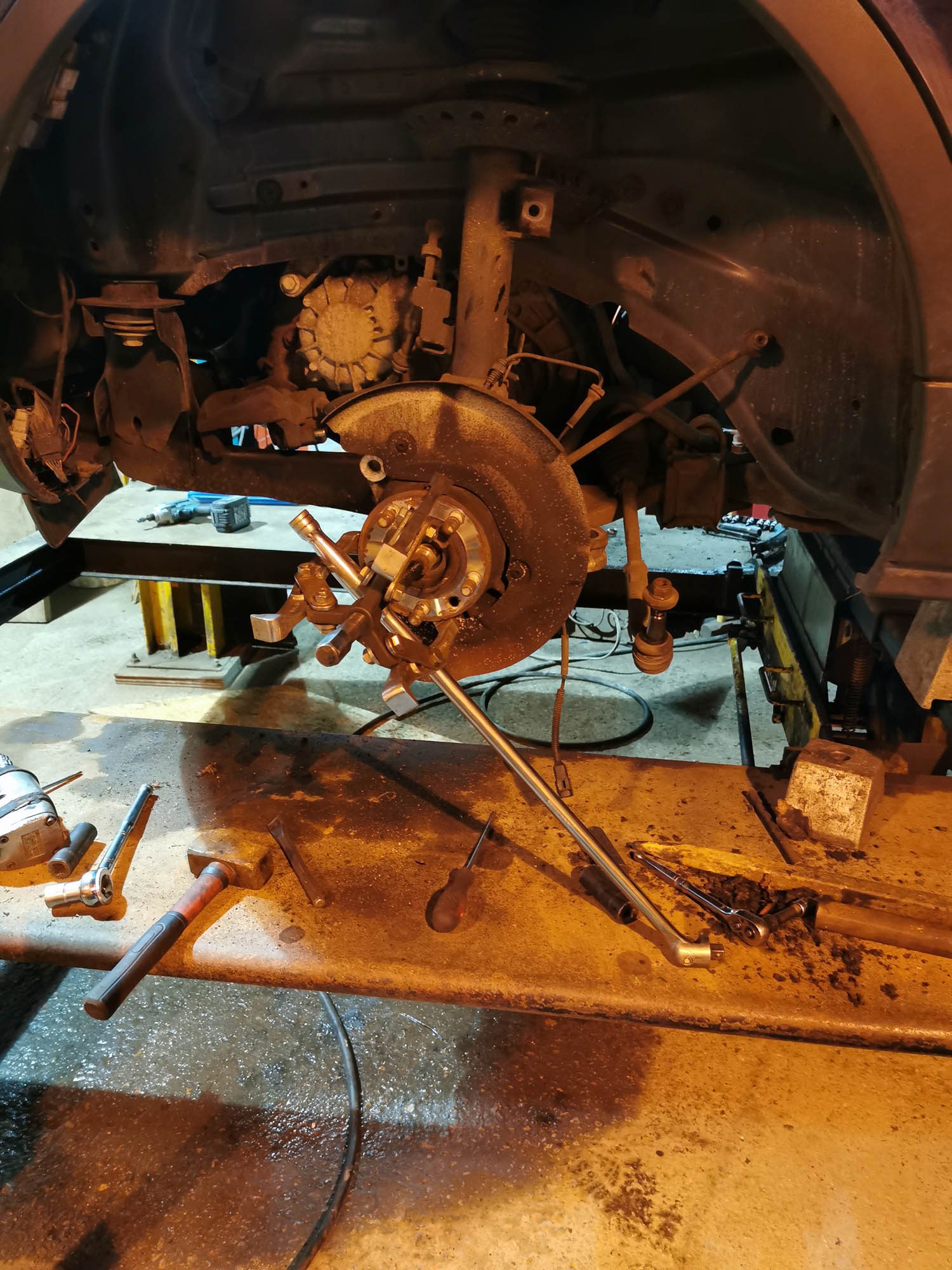 That's just before it killed my long-suffering 3-armed puller, of which the central shaft is now banana-shaped.

Shaft is coming out WITH the hub AND the control arm now.

Just need to pull out the shaft, from the box, past the snap ring.

Wouldn't be an issue if there was ANYTHING reasonable to lever off. 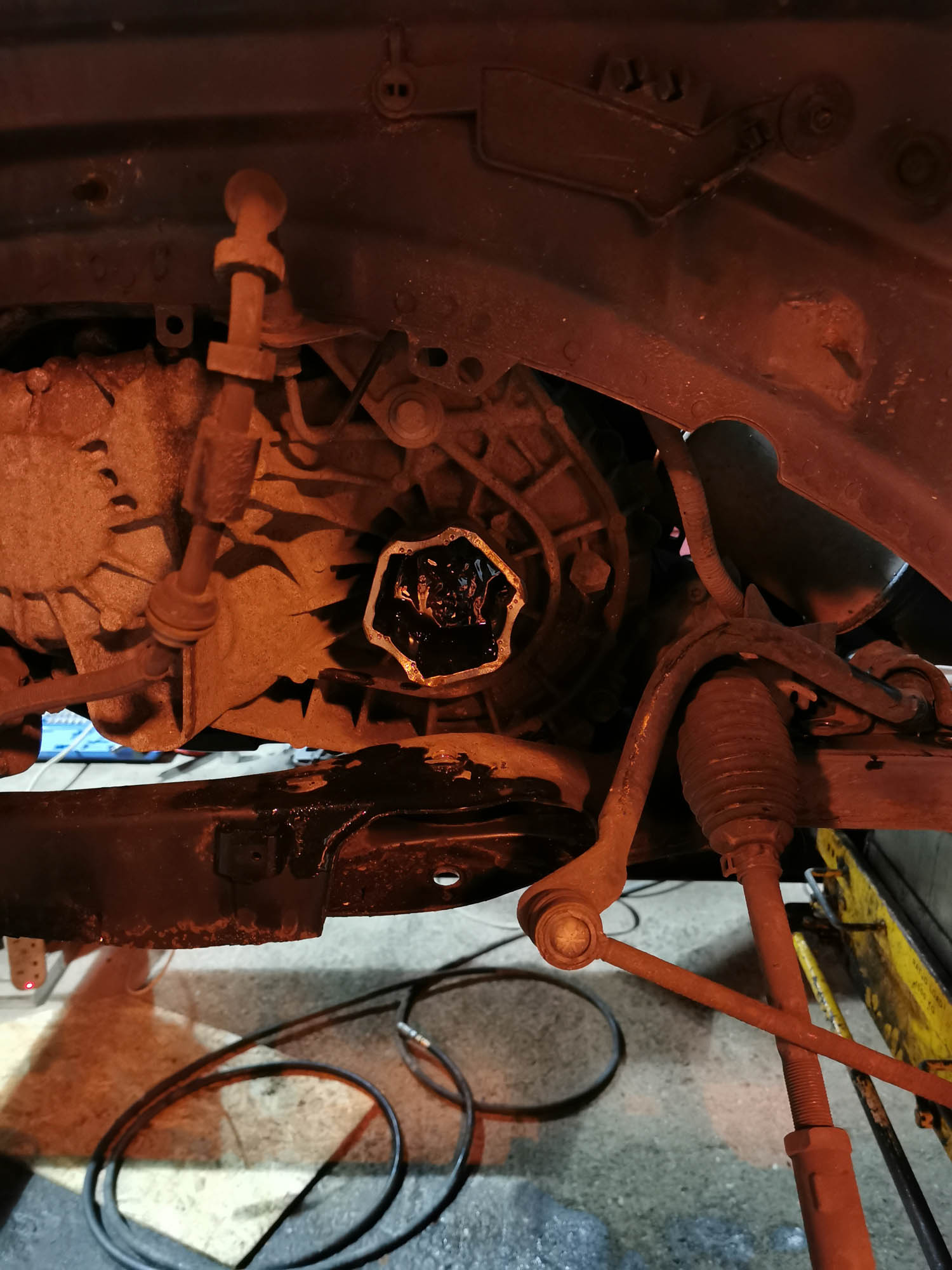 Annoying. I'll deal with that when the box and motor are out, shall I?

On the bench the first control arm could be removed from the hub, witha very long bit of round bar, through the hub. There was a LOT of white corrosion all the way around it.

This is how the other one was left last night 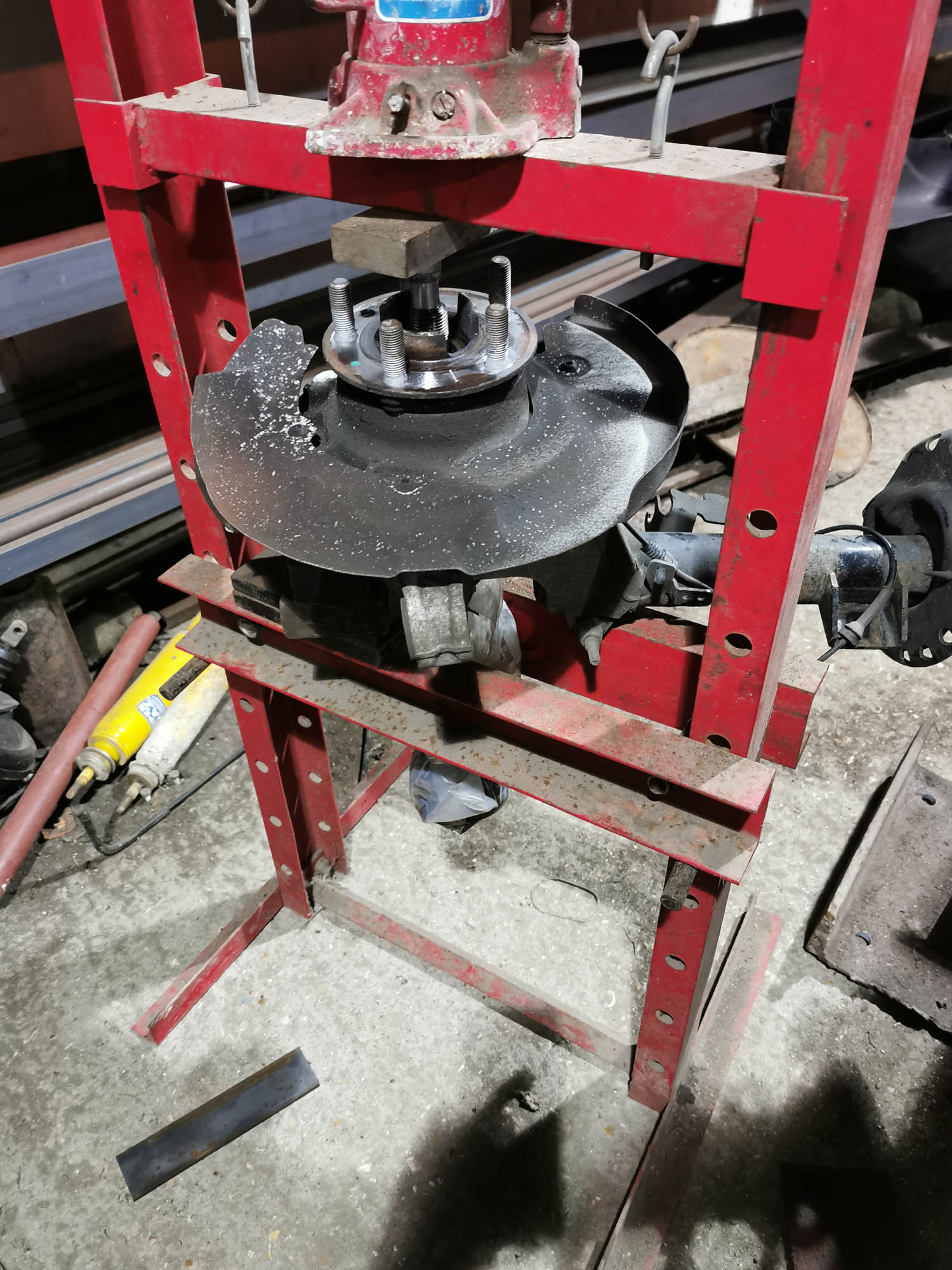 It's been dosed with penetrating oil and left with 12t of pressure on it, so it can consider its life choices.

If it's all on the floor when I go back, that'll be just fine.

Once that's separated, I should be able to actually get on with the job I'm here to do

Return to “Engine and Drivetrain”

Our Discovery Sport Forums are free to join and open to all.